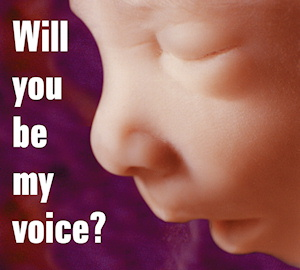 When the word “hero” is heard, many people think of soldiers in the midst of battle, defending America’s freedom.

However, the truth is that there are also many heroes in American history who did not fight in any battle, nor ever raise any gun.

Figures such as Harriet Beecher Stowe, Frederick Douglass, and Benjamin Franklin, among many others, were known as abolitionists because of their valiant efforts to end the horrific practice of slavery.

The end of slavery was a great accomplishment for our country, and much progress has been made in bringing about racial equality.

However, the unfortunate truth is that an injustice that rivals slavery is still before us today.

This injustice is abortion, a practice which has ended the lives of approximately 53 million preborn babies since Roe v. Wade in 1973.

Unlike racism, many of the greatest injustices do not occur in public. Instead, they occur behind doors in abortion clinics, where women are not being fully informed about the choices they have.

There is no question that many obstacles exist for pro-life advocates, but we must never lose hope. Inspiration can be drawn from the efforts of abolitionists who have come before us, abolitionists who dedicated their very lives to their cause.

Are you taking a stand for the unborn?

Are you an abortion abolitionist?