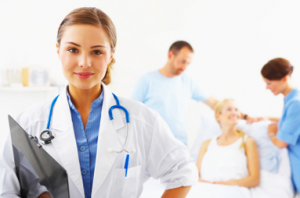 There are many pro-choice advocates who describe abortion as being a critical component of a woman’s healthcare. They believe that women should always have convenient access to abortion.

However, there are many problems with this view.

First, it should be noted that abortion is an entirely elective “surgery.”

While many of those who are uninformed about abortion believe it can be necessary, an overwhelming number of doctors have said the opposite.

In other words, women do not need abortion to save their lives and, in fact, abortion can cause a great deal of harm to their lives.

In this respect, abortion is much different from other surgeries. Although doctors generally take an oath not to do harm (see the Hippocratic Oath), the performing of abortions goes directly against this oath.

Given how detrimental abortion can be to a woman’s health, most people find it both mind-boggling and disturbing to learn that abortion is currently covered by a relatively large number of health insurance providers.

Many people are not aware of any of these facts regarding abortion. However, you can help to change this. By reading the information on this site and becoming more informed about abortion and speaking out, you can help save the lives of the preborn and improve the lives of women.