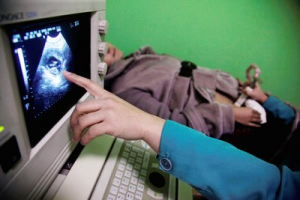 Why are so many young women having abortions?

Perhaps it is because they feel they have the most to lose at this point in their lives.

Young women often see abortion it as a method of birth control. While they are “controlling” the birth of their child, they are also killing it. This is much different from preventing its conception in the first place.

Abortion has been legal for almost forty years now. Instead of being rare, it is actually quite common.

There are now entire generations of women who are scarred by the adverse effects of abortion.

These are the young women are forced to carry abortion’s harmful effects – physical, psychological, and emotional—for the rest of their lives.

Image from The Washington Times