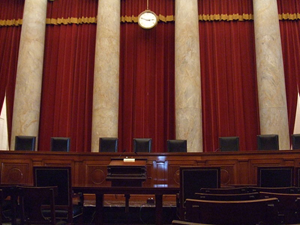 The laws regarding abortion are generally thought to be confusing, and many people do not understand them.

For example, a lot of people are under the impression that abortion is only legal in the 1st and 2nd trimesters.

However, in many locations, abortion is actually legal all nine months of the pregnancy.

This was the result of the Roe v. Wade and Doe v. Bolton decisions [1].

It might seem like abortion is only legal early on because the statistics show that over 60% of abortions are committed at 9 weeks or earlier [2].

However, this does not mean that abortion is uncommon from there on out.

The other 40% of abortions still happen at some later point during the pregnancy.

In fact, it was not until the 2007 Carhart v. Gonzales case when the Supreme Court finally came out and said that that the ban on late term, partial-birth abortions would be upheld [3]. That is merely a ban on one single abortion procedure. That’s not a ban on the abortion at any particular age. Late-term abortion is still legal at the federal level though some states restrict it.

If more people realize the truth about the Roe v. Wade and Doe v. Bolton decisions, it is likely that there would be much stronger opposition to abortion today.