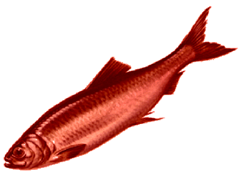 One of the most fundamental reasons that the state was created was to ensure that the most basic liberties, such as the right to life, would be protected.

Most people can agree that all governments should ensure the most basic rights of its citizens. This does not necessarily mean that it can guarantee all of their hopes and dreams will come true, but at the very least it should ensure that each person have the opportunity to pursue them [1].

The Declaration of Independence, written over two centuries ago, states that there are certain unalienable rights for all.

Among these are “life, liberty and the pursuit of happiness” [2].

Do you see a religious appeal anywhere in here? Anywhere at all?

As much as some in the pro-choice movement would like you to believe there is some nefarious religious plot at work, the simple truth is that the case against abortion rests on principles of natural law and morality, not on religious beliefs.

Despite this, there may be some who still try to argue that mothers dealing with an unwanted pregnancy have their right to pursue happiness threatened.

In response to this, it is important to note that first and foremost, the founders of our nation intended that the most basic protection would be the right to life – for without that right, no other rights are even possible.