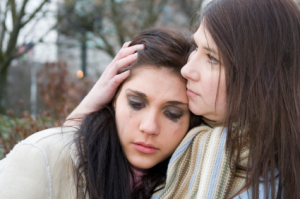 Those who are pro-choice often describe pro-lifers as being anti-woman. They claim that unintended pregnancies can destroy a woman’s life, but abortions can improve them.

Is this true? Does having an abortion improve a woman’s life?

Is induced abortion the direct cause of these suicides?

According to the NCIB, abortion does appear to be the primary factor leading to increased risk [3]. A deterioration in mental health may result from abortion, but a prior history of poor mental health does not appear to make a woman any more likely to seek an abortion.

In contrast to the claim that abortions are some type of cure-all procedure, the reality is that it often presents a grave danger to the life of the woman. Instead of making it easier to obtain abortions, the best way to help these women is to provide them with greater resources and knowledge.

In fact, those most active in the pro-life movement are often at the forefront of efforts to help women recover from their abortions. One such example of this is the Elliot Institute, under the direction of Dr. David Reardon. A key tenet of its mission is to promote healing for those who have undergone abortions [4]. This is achieved in part by helping post-abortive men and women share their experiences with others.