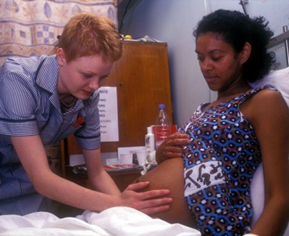 Many of those who support legalized abortion make the claim that it will save women’s lives.

However, those who believe should be awaare of a few facts.

First, numerous studies have shown abortion can actually cause great harm to women physically and psychologically [1].

Second, some studies have concluded that there is actually a higher maternal death rate in countries that have legalized abortion [2].

For example, the U.S has barely any restrictions on abortion, and has an average of 11 maternal deaths per 1,000 deliveries [4].

In contrast, Ireland (which has outlawed abortion) now has the lowest maternal death rate (1 for every 1,000).

This trend actually holds true for every region in the world; the less restrictions on abortion the higher the maternal death rate.

This is just one more indication that abortion harms women.

Image from The Daily Mail