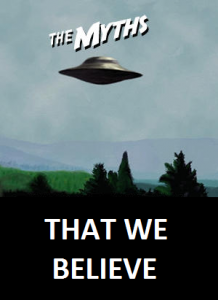 Planned Parenthood claims to assist women with their unplanned pregnancies by providing them with information and discussing three possible options–adoption, parenting, and abortion.

Planned Parenthood and its defenders in the media dutifully report that the organization provides assistance in finding agencies for women who might be interested in giving their children up for adoption.

While this is true, they seem to leave out the fact that abortions overwhelmingly outweigh adoption services. In 2009, Planned Parenthood reported only 1 adoption referral for every 340 abortions [1].

Additionally, between 2007 and 2008 the number of abortions increased about 6 percent, even though the number of adoptions are close to reaching historic lows [2].

Pregnant women who go to Planned Parenthood are overwhelmingly more likely to
have an abortion. Of these pregnant women, approximately 97.6% end up receiving an abortion [4].

One possibility is that women who seek out Planned Parenthood already know that
they are interested in terminating their pregnancy.

However, it also seems likely that Planned Parenthood is trying to maximize its most profitable service, abortion [5].

Planned Parenthood’ s claim of genuinely wanting to help women may sound plausible enough at first. But even a quick glance at their records reveals that their true interests are a bit more self-serving. The abortion business has become a multi-million dollar industry. Like other businesses, their main interest seems to be profit.

Planned Parenthood is the largest abortion provider in the United States, with more than
300 facilities across the nation [6], which are responsible for over a quarter of all
abortions [7]. For 2009, it was estimated that abortion services brought in at least $150 million [8].

Abortion is Planned Parenthood’ s most costly procedure. The cost of abortions done during the first trimester ranges from $300 to $950 [9]. Medication abortions cost somewhere between $300 and $800 [10].

These numbers make it clear that just like with Santa Claus and the Easter Bunny, the notion of Planned Parenthood being a selfless leader for women’s health is nothing more than a myth.

One thought on “Santa Claus, The Easter Bunny, and Planned Parenthood’s Adoption Services”