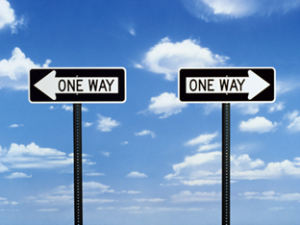 Some argue that abortion should be thought of as an action of free will that should not be interfered with.

The ability of humans to exercise free will is one of the key distinctions between humans and all other creatures.

It is invaluable to us, and often allows us to make difficult decisions.

As it pertains to abortion, the idea is that most people have the capacity to discern right from wrong by use of their reason.

Even in many cases where their reason is faulty, each person should be allowed to make use of their free will.

In other words, some people argue that women who come to the conclusion that having an abortion is right for them in their certain situation should not be judged.

First, it must be noted that liberty and free will may never legitimately be extended as far to inflict whatever harm one wishes on another life.

Abortion is a procedure that’s sole purpose is to end a human life; this is a scientific fact and it is futile to try to dispute it.

However, it should also be mentioned that in crisis pregnancy situations, it is most important to show genuine love, compassion, and respect towards pregnant mothers.

Those who are pro-life realize the distress these women find themselves and deeply care about finding the best way to help both lives involved.

Life needs to be protected and valued in all circumstances.

One thought on “Should Abortion Be Thought Of As An Exercise of Free Will?”