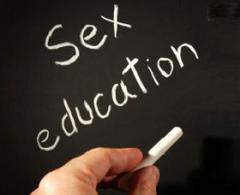 There are some who ask pro-lifers if it isn’t a bit inconsistent to oppose contraception, comprehensive sex education, and abortion.

The answer is that it most certainly is not.

One has to realize that these three things are actually very intimately connected to the abortion problem.

However, this clearly does not appear to be the case.

Abortions are still incredibly high in the United States, many years after it was suggested that contraceptives and comprehensive sex education would bring these rates down.

Although contraceptives are effective in preventing pregnancy some of the time, there are many times when it does not.

By teaching kids about sex at earlier and earlier ages (and providing them with condoms), we are simply make sexual activity more widespread among our youth. This makes it much more likely for unplanned pregnancies to arise and abortion to be demanded.

Schools should not be so quick to turn away abstinence-only education in favor of comprehensive sex ed programs, because abstinence-only programs have been proven to reduce sexual activity among students [1].

The most important point to remember here is that we cannot look at abortion as being one isolated issue. In order to effectively reduce abortion, we must reduce take aim at the increased sexualization of our youth.

One thought on “Should Those Who Are Pro-Life Also Oppose Comprehensive Sex Education and Birth Control?”