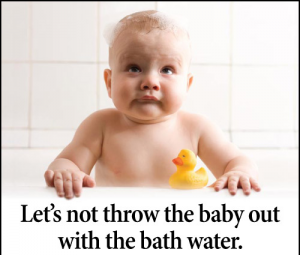 In an era of instant gratification, our generation is increasingly self-centered and focused on how decisions will affect them, and not necessarily on how they will affect anyone else.

Americans have a reputation of being particularly wasteful.

We simply dispose of things whatever it is we do not want, whether it be electronics, cars, or even preborn children if we believe that keeping them will requires more work than we want to put in.

For example, when a cell phone breaks after two years of use or a three year old computer gets a virus, most peoples’ initial response is to simply buy a new one and discard the old.

Most people do not want to be inconvenienced with the possibility of the old phone breaking again or waiting to have it fixed.

Unfortunately, in a crisis pregnancy situation, the logic of many women is much the same. Women facing unplanned pregnancies often feel unready to face life with a child, and desperately want to make the perceived problem just go away.

However, what many women don’t seem to realize is that getting rid of a baby is much different than getting rid of any object. Abortion is not a quick fix and can actually lead to a variety of negative physical and psychological effects.

Regardless of whether or not one freely disposes of old cellphones or computers, something we should all agree on is that the lives of preborn babies are something far more precious.

Image from The Signal in the Noise