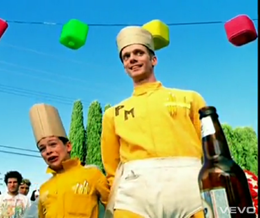 Those who are pro-choice sometimes have tried to make the argument that legal restrictions have been ineffective in reducing the number of abortions.

They claim that the same number of abortions will occur regardless of what the laws say, and making them illegal only endangers the women receiving them.

In support of their argument, they even offer an official-looking set of statistics. One study concluded that “legal restrictions on abortion do not affect its incidence…” [1]. It goes on to say:

At first glance, this argument might sound both insightful and interesting. Wouldn’t that be both counter-intuitive and neat if by setting aside the legal status of abortion, we could all come together and keep the focus on keeping women healthy and simply providing pregnant women with more support?

Unfortunately for pro-choice advocates, there are many flaws in this line of reasoning.

One of the problems with this analysis is that it only takes into account the official legality of abortion, not whether or not legal restrictions on abortion are actually enforced.

Also, it must be noted that the areas being compared are by no means identical. It may very well be true that abortion procedures are less safe in many African countries who happen to have laws against abortion. However, it is not mentioned whether or not medical procedures other than abortion tend to be just as dangerous.

While there is much more that could be said here, it is important not to lose sight of a certain someone in this debate. This someone to whom I am referring is the preborn child.

There will always be crimes committed, regardless of whatever laws might exist. But this does not mean we should simply abandon the legal code and give up. Research actually does suggest that laws against abortion are effective when enforced [2].

The lives of the unborn need defending, but they don’t need a hero. They just need legal protection and someone to enforce it.

[4] New, Michael J. (2004). “Analyzing the Effect of State Legislation on the Incidence of Abortion During the 1990s.” Heritage Foundation Center for Data Analysis Report 04-01.