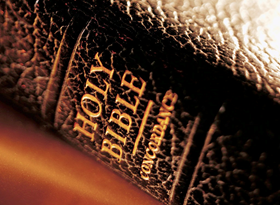 There are many in both the pro-choice and pro-life movements who believe that religion has no placed in the debate over abortion policy.

It is true that laws should be based on scientific fact and moral reasoning (and not the views of any particular religion).

However, this does not mean that religious appeals have no place in a private discussion between two people, in which both individuals are religious.

Because of this, the question of what biblical texts say about abortion is an important point to address.

First, it should be noted that abortion is never really addressed in the bible or by Jesus.

So how do Christians know that abortion, aside from its legal implications, is a sin?

In biblical times, not much was known about pregnancy, fetal development, or any other life issues for that matter.

Even though abortion existed, they did not know nearly as much then as we do now.

So now Christians have to interpret what is said in the bible and put it into context of today. For example, in Deuteronomy 24:16, it was written

This can be taken literally as meaning that men and women should not put their children (born or preborn) to death because of their own sins.

In addition to this last verse there are also many others in the Bible that imply that abortion is wrong [1].

Because of this, those who identify themselves as Christians should feel especially obligated to take action against abortion.