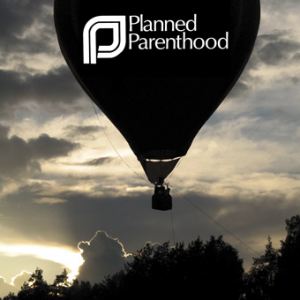 One of the common phrases used by pro-choice advocates is that abortions should be “safe, legal, and rare.”

At first glance, it appears that this is a great position to have – recognizing that abortion is not desirable, but leaving flexibility in place for exceptions when extreme circumstances arise. Adopting this position can make a person feel so nice and moderate, right?

In this article, let’s take a brief look at how successful we have been in making abortion rare.

It does not take very much research to discover that the true philosophy of abortion providers) is anything but the one above.

Instead of trying to make abortion rare, it is often given a special emphasis because it is one of the industry’s most profitable services.

This last point can be seen in the personal testimonies of former abortion clinic workers, but it can also be seen in the number of abortions. For example, there are now approximately 1.3 million abortions in the United States each year [1]. Also, it is estimated that 43% of all women will have at least 1 abortion before they are 45 years old [2].

What these numbers tell us is that there is a clear disconnect between the arguments used to justify legalized abortion and what continues to happen in the real world.

As has been mentioned, this phrase implies that being pro-choice is not extreme.

Rather, it suggests that legal abortion merely ensures women are able to have access to a safe abortion if they find themselves in very difficult circumstances.

In this article, we’ll take a look at how safe abortions actually are.

First it should be mentioned that a fair number of studies have been conducted regarding the effects of abortion. Because of this, there is much that we can say with certainty.

Some of the most dangerous effects include a much higher risk of breast cancer [3], a higher risk for anxiety disorders [4], and an increased risk for developing Post Traumatic Stress Disorder [5].

Aside from these, however, there are also harmful consequences that appear much sooner. For example, it is estimated that over 140,000 women a year have immediate, medical complications from abortion [6].

Women facing unplanned pregnancies do indeed need our help. But if abortion is the best pro-choice advocates can come up with, I think we should pass.

One thought on ““Safe, Legal, and Rare” – Nothing but Hot Air”