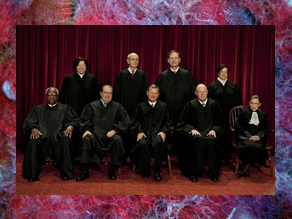 In 1973, the Roe v. Wade decision was handed down by the Supreme Court of the United States. This decision, with it’s companion case Doe v. Bolton, effectively struck down abortion laws in all 50 states making abortion on demand legal during all 9 months of pregnancy for virtually any reason.

Roe v. Wade is perhaps one of the most infamous court cases in American history.

Because of this sharp change in the legal status of abortion, the Roe v. Wade decision created a backlash and led the pro-life movement to focus it’s efforts on influencing appointments to the Supreme Court for many years.

The effects of Roe and Doe, while still felt today, have been mitigated and modified by the 1992 decision Planned Parenthood v. Casey. Roe v. Wade gets all the attention, but PP v. Casey really sets the standards for abortion laws today. 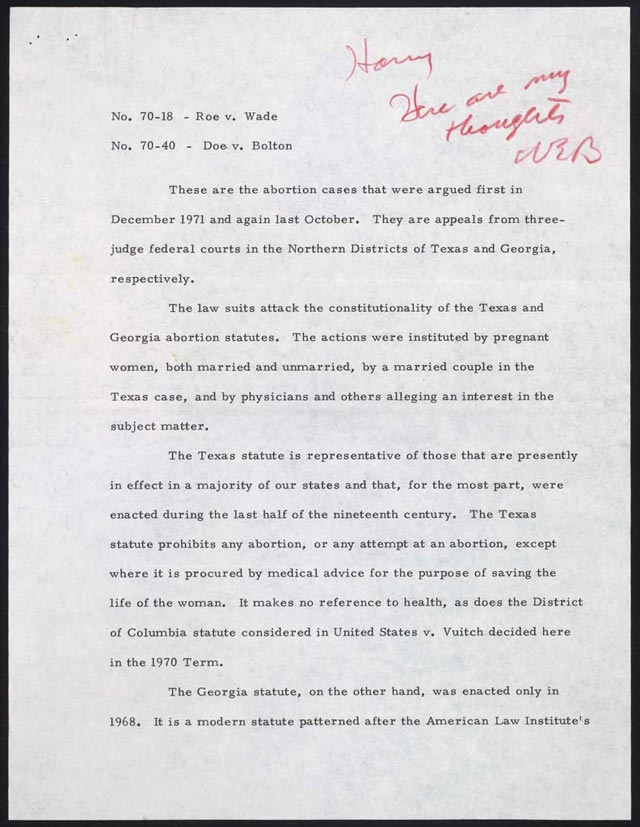 In this case, Jane Roe (her actual name is Norma McCorvey), had wanted an abortion, but was not legally allowed to receive one in her home state of Texas [1].

Roe first attempted to lie and claim she was raped so an exception could be made, but was unsuccessful. She also tried to obtain an abortion illegally, but was unable to do that either [2].

This case declared that placing restrictions on abortion goes against the 9th and 14th amendments and is therefore unconstitutional [3].

The end result of this court case was that the abortion was declared a fundamental right.

While it technically did allow for restrictions on abortion once the fetus becomes viable, this generally does not happen. This is largely because of the judgment in its companion case.

Doe v. Bolton took things a bit further and filled in more details. In Doe, a woman from Georgia woman was denied an abortion because her life was not at risk, and she was not raped [4].

The decision in this case was that it should not solely be up to the clinician to decide if an abortion is justifiable. It was written that reasons for abortion can be related to a variety of factors:

– Physical
– Emotional
– Psychological
– Familial
– The Age of the Woman

As a result of Doe v. Bolton, abortions are now legal throughout all 9 months of the pregnancy, for virtually any reason.

While many people have heard of Roe v. Wade before, many people may be surprised to learn the extent to which it and Doe made abortion so easily available.

Roe was not only controversial because of it’s effects on abortion, but it also has come under fire by pro-choice legal scholars due to it’s poor legal reasoning. It is seen as an overreach by many on both sides.

“Roe v. Wade … ventured too far in the change it ordered and presented an incomplete justiﬁcation for its action.”– Justice Ruth Bader Ginsburg

“I ﬁnd nothing in the language or history of the Constitution to support the Court’s judgment” in Roe v. Wade. – Justice Byron White

Despite being extremely pro-choice, Justice Ginsburg has criticized Roe on multiple occasions.

Who is Jane Roe?

The woman used by abortion advocates to get this case to the Supreme Court never actually had an abortion. Her name is Norma McCorvey and she eventually became pro-life after years of working in the abortion industry. The fact that the poster-child for the legalization of abortion became pro-life has been largely ignored.

What if Roe is Overturned?

It takes a long time for the Supreme Court to overturn its mistakes. It took nearly 60 years to overturn racial segregation upheld by Plessy v. Ferguson, for example.

If Roe v Wade is overturned, the most likely outcome is that the states have to decide the legal status individually.

However, it could happen that the court finds that legal abortion itself violates the constitution and effectively ban it everywhere. Most scholars say that this is unlikely.

Regardless of what happens, a true pro-lifer will continue to do the same things because the law will not entirely end abortion and women will continue to be in need of compassion and help.

Other Supreme Court Cases on Abortion